MPEG format is defined by MPEG-1 and MPEG-2 standards and was developed by Moving Pictures of Experts Group, same as the MP4. This video & audio container was popular because of its extensive compatibility and lossy compression.

While the MP4 extension, a multimedia container, is based upon AAC audio and MPEG-4 video standards. Being the updated version MPEG, it gives good video playback quality and is well-known for media streaming over devices and the internet.

As a robust Windows Software, EaseUS Video Converter is taking the lead for aiding many users in their video conversion tasks. Getting multiple formats is not difficult anymore as this software offers 1000+ video/audio formats to choose any according to your requirements.

As an MP4 to MPEG converter, it became easy to play, edit, convert, share, and enjoy your videos in a single software. You won't have to face any difficulty while you are going to convert MP4 to MPEG. Plus, the conversion takes place at 30X faster speed, thanks to its GPU acceleration technology. To conclude, any media operation is just a few clicks away.

OpenShot is an open source video converter that can help you to convert MP4 to MPEG. Because of the FFmpeg library, the MP4 to MPEG software supports many videos, audio, and image formats. That's why it can aid you in converting between multiple popular formats.

You can drag and drop files into this program quickly because of its unique feature of proper integration with the user's desktop. Along with converting, it allows you to do the necessary editing if required. Also, the tool offers 400+ video transitions that let you see real-time previews. 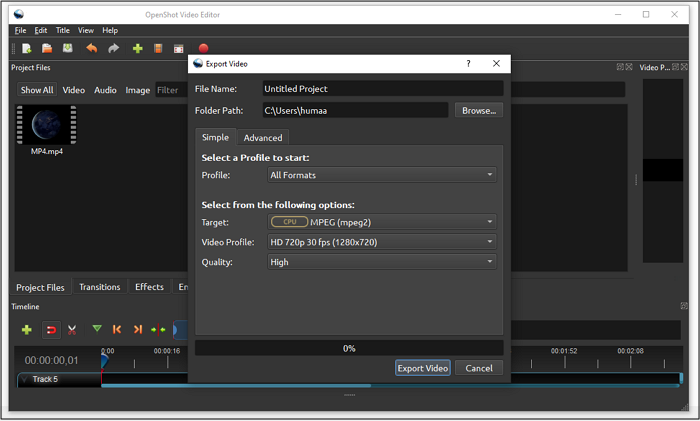 If you are searching for an MP4 to MPEG converter that can work at a fantastic speed, then Movavi Video Converter should be your choice. The converter offers you a ton of features to use along with conversion. It allows you to do compression between 180+ file formats; that's also at lightning speed and without any quality loss.

You don't need to be an expert for using this software; the interface and functioning are easy for anyone. Moreover, compressing, editing, and sharing are all in your control. 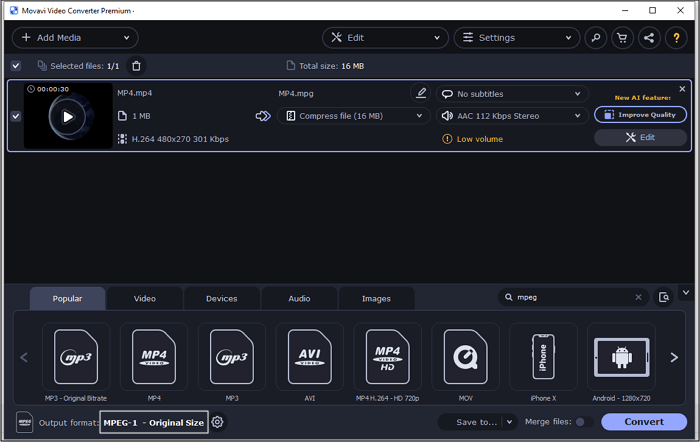 Whenever you need to convert MP4 to MPEG or any other desired format, MediaHuman Video Converter will be your helping hand. The software also aids you when you are facing storage issues and need to change the size or quality of your video.

The main formats that it supports include MPEG, MP4, DVD Video, FLV, MKV, and many more. The straightforward and accessible interface will help you to convert quickly than ever. Moreover, the batch-conversion feature is also available to ensure saving your time. 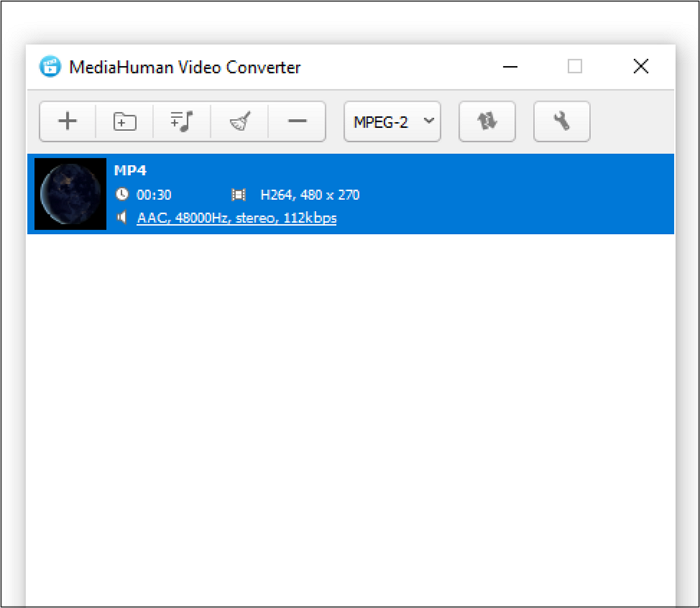 Prism Video Converter is the good one when considering choosing an MP4 to MPEG converting software. It aids you in carrying out the conversion process between multiple video formats using different codecs. The conversion is fast because of its multi-core processor system. Also, it offers the batch conversion feature to convert multiple files at a time.

Before conversion, you can also adjust the bitrates of your file to set the output quality. Moreover, you can share the converted files directly to Google Drive, Dropbox, and different applications.

ConvertFiles can be your top choice whenever you need an online converter. Despite functioning as an MP4 to MPEG converter, it can also do conversion between various formats. It is free, and you don't need to install it before working. Moreover, it is entirely reliable regarding your data safety.

The conversion takes only three steps to follow but a smooth internet connection. Also, the option of syncing your email with the converter is available to get the converted MPEG file via mail. 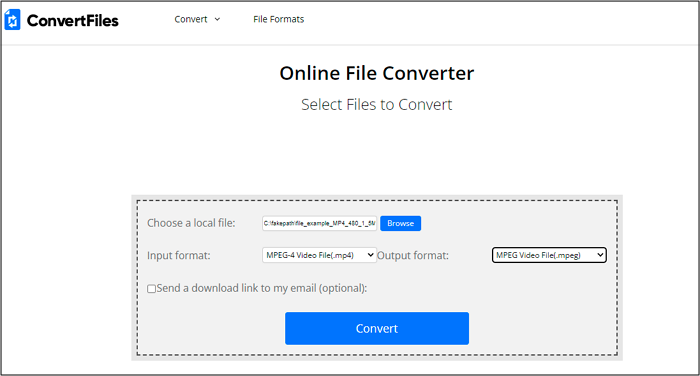 FreeFileConvert is another online MP4 to MPEG converter. The online service offers various options to upload your files, i.e., device, URL, or Cloud. The conversion is just simple as you need to upload your MP4 file, select the output format as MPEG, and convert.

It lets you upload and convert five files at a time to ensure a quicker conversion process. Working on this converter will save your hard disk space as there is no installation required. 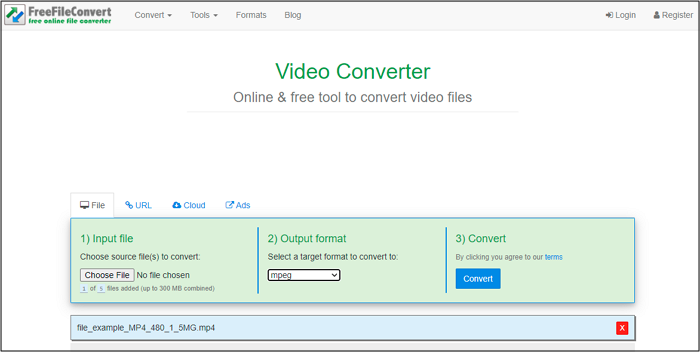 Whether you use Windows or Mac, you can find the right MP4 to MPEG converter here to complete your task. Among all the converters mentioned in this post, EaseUS Video Converter stands above all the other converters for its wide range of functions. You can try it, and it will never disappoint you! 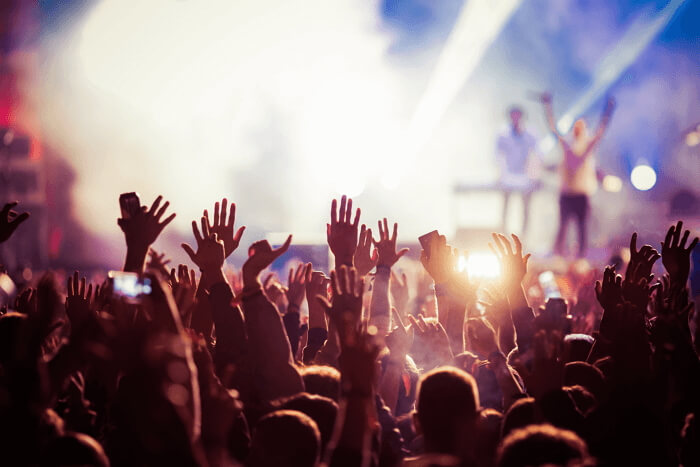 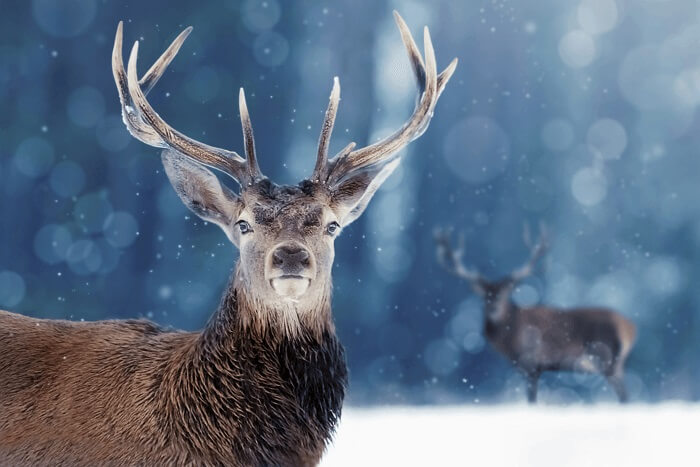 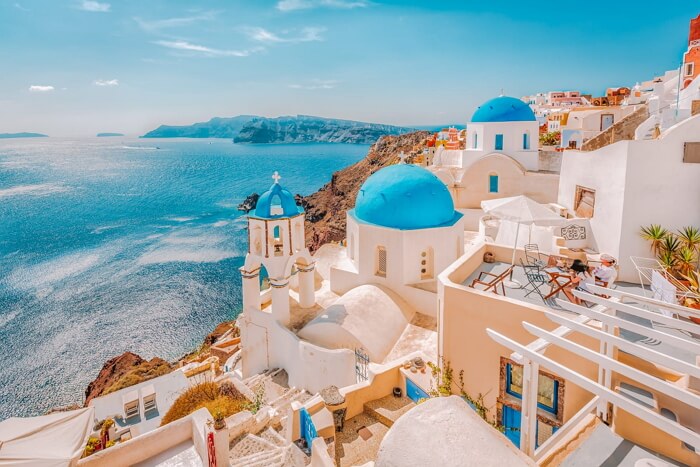 AAC vs. FLAC: Which One is Better for You